Coffeyville Public Library located in Southeast Kansas and is one of the oldest continuously operating libraries in Kansas, founded before 1906. We serve our local community and the surrounding rural areas, including parts of Northeast Oklahoma.

The earliest lending library in Coffeyville had no permanent location and was a project of the regional Chautauqua Club affiliated with the Chautauqua Institution. That club then organized the “Current Club” in Coffeyville which contracted and facilitated a traveling library from the Kansas Traveling Libraries Commission. Kansas was one of the pioneers in the adoption of a “traveling library,” whereby books were provided to communities which did not have public libraries. This was a great leap forward for a community of our size allowing the public access to a lending library at a time before radio when printed books and newspapers where the only source of mass communication from around the nation and the world.

In February, 1906, four women’s clubs joined together to form the “Federation of Women’s Clubs” that group assumed the great responsibility of providing a library with a permanent location.  Annual membership tickets of $1.00 ($25.00 in 2011 Dollars) were sold to provide funds for book purchases.  In April 1910, $5,000 in bonds were given voter approval to purchase a library site (appox 100,000.00 in 2011 dollars).

In April, 1910, a library board was appointed with the charge of constructing and operating a public library for the city.  A letter was written to  Andrew Carnegie requesting funding for library construction.  On January  6, 1911, James Bertram responded for Carnegie with an offer of $25,000 (500,000.00 in 2011) for construction of a building provided the city maintain support in the amount of $2,500 per year (56,000.00 in 2011).  On February 2, 1911 the city commissioners passed a resolution to establish a library and support it by a tax levy.

The library was designed by A. C. Henderson and constructed by Charles S. Davis (Neosho, MO).  On April 24, 1912, the Carnegie Public Library opened with a dedication program sponsored by the Federation of Women’s Clubs which formally turned over to the public library all the books in its collection, nearly 2,000 volumes. At that time each patron could check out 1 book and 2 works of fiction.

By 1965, it had become evident the aging Carnegie building could no longer house the growing the collection nor provide the expanded services then being provided.  The library was placed under the Urban Renewal Project in April 1968, as part of the downtown renewal effort.  The project was transferred to the Community Development Program in October, 1975, and construction on a new 14,000 sq.  ft. library building began in January, 1978.  The library moved to the new site and opened in July, 1979

The Coffeyville Public Library building offers a 65 seat meeting room, a separate children’s area with a tiered amphitheater for story hours, and two reader’s lounges.  16 computers are available for public use.  A DVD collection, and audio book collection have been added since the new library opened, and.  The genealogy section provides microfilm readers and over a 1,000 volume collection for family research.  A small archival/storage addition was built in 1998.

The Library Board Meeting is held on the second Thursday of each month at 5:15 p.m. in the Library Community Room.

CPL Foundation was formed as a Non-Profit (501c3) in 1989 to ensure long-term community access to knowledge and encourage education and lifelong learning for all ages.  The foundation supports the library and its many programs.  While most services at the library are free to the public, they are not free from cost.  The library is funded through a mixture of city tax revenue, state and private grants, and private donations from the foundation.

The CPL foundation sponsors book sales as one of the major fundraiser events. A bookshelf has been installed in the library lobby, so our book sale is open year-round. 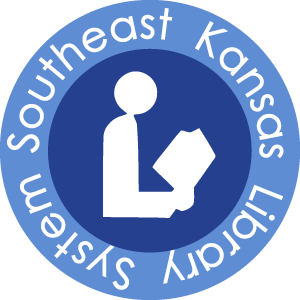